Thirty years ago, I had this story I wanted to tell. It was part of the origin story of the main character I followed in ASSET, my own little organization all in my head. This particular book was a sad one. It was about a land of plenty and the end of it’s reign. A member of ASSET put in charge of a planet and the planet’s main industry about to implode. So many of the elite hated the military governor for lots of reasons, not the least of which, this character had a hard time not telling hard truths.

The establishment hates the governor, and fund the dissidents.

I wanted to write that story.

I didn’t want to live it.

I’m actually doing better with my writing. I’m no longer pulled in a dozen different projects, which I can only do on the weekends. I’ve gotten two hours a day back from my work, as I no longer drive.

And I praise God, that I am so glad I got out of apartment living. I’m sitting in my back yard, and the sun is shining. The birds are happy in the trees, and a nice wind is blowing. If I couldn’t get outside, I’d be in pure hell. I’m very sorry for those stuck in this quarantine locked up in small apartments, with only a window, if even that. I remember city housing, and it’s tolerable, only if you can get out and only use it for sleeping.

I wonder how many people will come out of this in those conditions with some severe trauma.

Well, someone is looking at this thing daily, so “Surprise!” a post.
I turned off comments, because I’m just tired of dealing with randos. Yes, I know this is bad way to build a following, but I’m not a leader.

I wander in thoughts and ideas. These are all outside the BS narratives feed to either side. I rarely agree with myself, how can I agree with strangers?

First, I’m going to put a link here to a Law Review article on the horrors that have become our school system. They are institutions not scholarly havens. I blame making high school open and mandatory. Back in the 1920’s a high school graduate was the equivalent of a masters student today. Shameful. However, in dumping all talents in one bowl, it appears that Downs Syndrome people have been horribly discouraged and with the right mix can have a very decent successful life, not a cog in the medical complex. But, oh, at what cost due to the incompetence of the system. Again, my feelings are a mixed bag.

As are my feelings this weekend as I attended the local chapter of the RWA. Sinking ship, but again my thoughts are complex.

There’s also a dither I have which would be too telling about me. In bland terms, an APA I wanted to be a part of years ago, now would like me to join. I love the idea of creating a zine that’s archived in the LoC. I love the deadlines and accountability. I, however, read the samples with growing sadness. I realized I no longer have the passion for intellectual entertainment properties which are not my own. If I’d been accepted when I first asked, all wide eyed, I would have loved it. But then, as any Gen Xer knows, you were too young for the Boomers to want to associate with. And now there seems to be a want to suck us in. It was all rather depressing as they ranted and stewed in hate. Ick.

I finished listening to the book, so now I’m watching the Disney version.

Wow. In the book, the heroine is just a nice girl, dealing with tragic circumstances. In the movie, she’s a scamp.

Pretty movie. But the book was better.

What is interesting is finding out the publisher pushed to have Glad clubs across the country to promote the book. I guess like how “Stitch and Bitch” started sessions.

I rather enjoyed doing that panel at the convention. I enjoy sharing knowledge.

At one point in my life, I was looking into becoming a teacher. I had my science degree, and I wanted to share my knowledge of math and science. However, when it came to the shadowing a teacher that I ran into the knowledge that I couldn’t deal with the bureaucracy.

The things I discovered during this stint, I learned there are many, many people, who have a vision of the world, that they do not want upset. To them the world is “just so” and any disruption to this flow causes extreme pain to them.

Heck, I can understand this. I was faced with it myself. But the thing that shocked me, and caused me pain was realizing that the “just so” people would do everything in their power to diminish my observations. Some even out right called me a liar.

I started to shut up, because I have way too much on my plate to deal with ostriches. Ostriches are nasty mean birds. And they can kill you when riled.

Recently, this happened again, when I told about being informed that I should not interfere in any fights that happen at the school I was visiting. I was told it was illegal to put my hands on a child, even if they were beating up another one.

Well, a Moral Know-It-All, decided to tell me I was misinformed and I would be guilty of murder if I failed to interfere in a fight.

I’m done with it. DONE WITH IT.

Misinformed? Well, since I gave an out to mea culpa, and instead the person doubled down, because oh-my-gosh-you-can-use-google? ::shocked face:: Snicker snack.

If you are under 21,  and believe this, you are a young thing and should not leave your mother. The naiveté would be charming if it didn’t prop up the lie that children are safe in schools.

If you are older than 21, put on your big girl panties, because I’m what the Army would call a “career captain”.

1) Some rando on the internet does a google search and tells me I was ‘misinformed’ against a direct source to the freaking National Education Association??? Here it is:

2) Heck, the rando didn’t even know what principality it was in. I’m SOOOOOOO glad to know rando know the laws of EVERY city, county, state, as well as federal, in the country. Did you know there’s one state’s laws based on the code of Justinian not Common Law?

3) Rando told me Google search told rando that there were lots of lawsuits about it. Rando, after my own Google search, is NOT a lawyer, not passed the bar. Rando obviously doesn’t know that  you know you can SUE for anything and in Common Law, it has less to do with what is in the books as opposed to precedent? That when it comes to precedent, the Federal Supreme Court ruled that police don’t even have the duty to protect you unless you are in custody? Yet, teachers do? Oh wait,:
“Courts have rejected the argument that students are in custody of school officials while they are on campus,” Mr. Hutchinson said. “Custody is narrowly confined to situations where a person loses his or her freedom to move freely and seek assistance on their own — such as prisons, jails, or mental institutions.”
Grade: F, this was a MAJOR federal ruling in the last few years. Make up work: read DeShaney vs. Winnebago and Town of Castle Rock vs. Gonzales

4) I asked rando if rando had ever even substituted at a high school. Rando ignored, because rando doesn’t want to get little rando’s hands dirty, just preach ‘just so’. Rando, I dare you to just do a substitute stint in the worst area where you live. Double dog dare you. But you won’t do it. You’ll get all huffy and heavily imply that I am your moral inferior.

Grade: F Incomplete, but makeup work can fix it.

Moral superior grade? F, unfeeling. (Why yes, I can google-fu as well.)

And if you are a kid, seriously, the world is dangerous out there, child,  “Behold, I send you forth as sheep in the midst of wolves: be ye therefore wise as serpents, and harmless as doves.”

This is info I gave out at a local convention. I use a lot of free software for creating art, and for the artist on a budget, it can be very useful.

If you liked this presentation, please check out my  Deviantart page.

I went to a memorial service of a friend and publisher yesterday. He died with so many worlds and words still trapped inside him.

He was fearless in putting up his own stuff and trying. He was far more talented than I.

I need to be brave. As brave as he was.

Back in the entry on strip panel, I had a character in there I call the Cal Cuthain. I’ve been working on getting a character mock up in DAZ3d. I’m still learning how to make my own materials, so I’m using specific DAZ assets.

This is my mock up for her. I hope you enjoy the image. 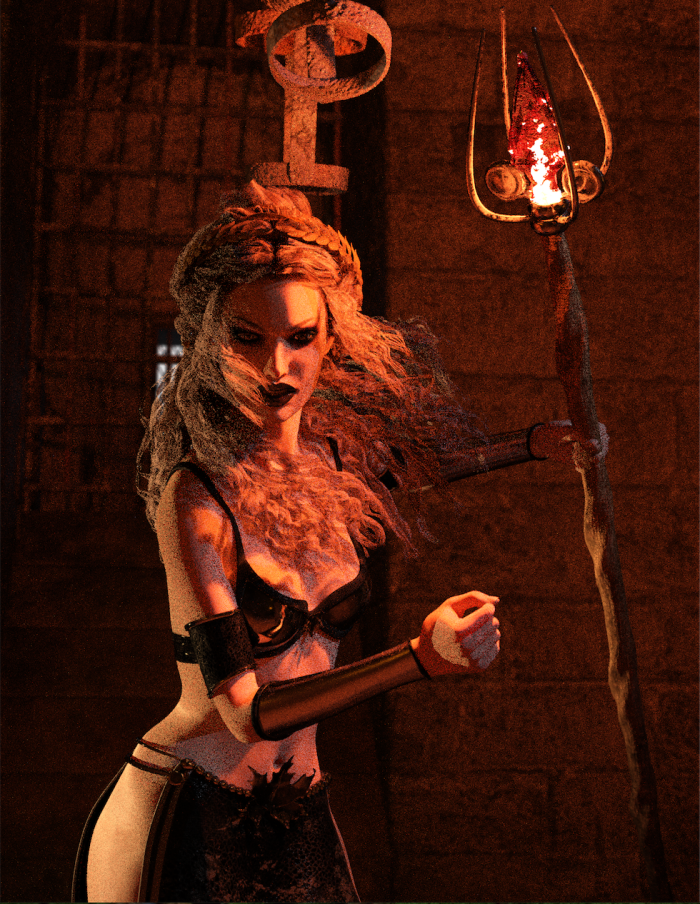 Psst! Does anyone know of a good comics theme that doesn’t have to be self-hosted? I’ve been trying to find one.